First issue occurred Saturday 13th July when we were contacted out of hours as the vessel had one Raw water pump failed on their C32 main engine. Company parts manager Lee Carter assisted at a quick response, within 4 hours from receiving the initial phone call the pump was sourced and in transit via a dedicated service from Holland.

Following on from pump replacement we later received an email on the Monday 15th July as they suspected a head gasket leak. Adam our senior engineer attended the vessel to undergo further investigation.

Upon arrival we were then informed the engine was performing low on RPM, Adam performed a cylinder cut out test with our CAT ET diagnostic equipment which found cylinder 11 to be defective. Which resulted in removing the rocker cover where the issues were identified after close inspection.

On number eleven cylinder the inlet valve was bent. Due to the valve being damaged debris could have caused further damage to the engine. The next stage was to remove the cylinder head to inspect the pistons and liners.

After removing the cylinder head further damage was discovered liner 3 and 9 had suffered with extensive corrosion to piston and liner, also number 11 with severe valve contact to the piston crown due to the failure of the inlet valve.

Adam then proceeded to remove the turbo cartridge to inspect the turbine wheel for potential damage caused by the metal particles.

Adam liaised with base to advise on spares is required which were to be sourced ASAP.

Due to the vessel demands it was imperative the work was completed soon as possible. East Coast Diesel. Utilising a large network of suppliers worldwide our parts department managed to source all the spares requirements from sources in Europe and UK.

This order was shipped on a dedicated service which were received 14 hours later. The consequence of this the spares had to be delivered to Lee’s house at 03:00AM. This allowed our engineers to start work at 06:00 AM.

Our engineers worked hard installing the replacement reman components and later that day the engine was built and ready for sea trials Saturday morning.

“We at Severn Offshore Services use East Coast Diesel as our primary point of contact for maintenance and repair of the engines onboard our vessel the Severn Provider. This relationship is founded upon East Coast Diesels highly attentive and professional approach to solving any problems we might face with these engines. With a comprehensive knowledge of Caterpillar engine systems, ECD’s in house technicians were able to work quickly and effectively to ensure our vessel was able to return to sea with minimal delay, even working over the weekend to ensure this! ECD continue to go above and beyond in support of our vessel operation and maintenance and therefore we can only recommend their services with the highest of regard.
This level of personal assistance is almost like having a 4th crew member” 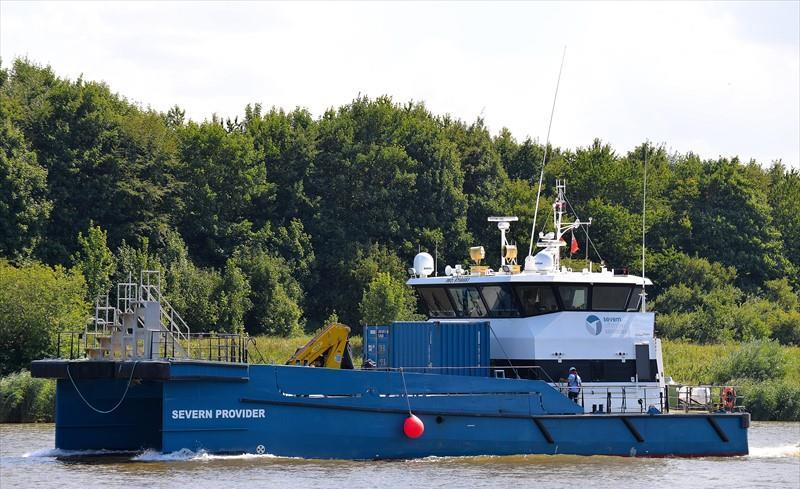